On a clear sunny day, the views of San Francisco on-board a DUKW on the Bay are simply wonderful.  But, say what?  What is a DUKW?

Bay Quackers gives a very cool 80-minute tour of San Francisco and the Bay on-board an original, refurbished World War II amphibious landing craft, known as the DUKW or simply the “Duck”.  It may sound like a military pun but the letters D-U-K-W actually mean something:  “D” indicates that the vehicle was designed in 1942, “U” means utility, meaning amphibious, “K” is for all-wheel drive and “W” refers to its two powered rear axles.  Here is a  link to know more about these six-wheel-drive amphibious trucks.

The surf and turf Duck tour starts out at Fisherman’s Wharf, goes through North Beach, Chinatown, Coit Tower, Union Square, SoMa and then Mission Bay, where the tour goes from land to sea at San Francisco’s only public boat ramp at Pier 52.  On the bay, the “Duck” takes you to McCovey Cove, which gives you a cool view of M/V Cape Hudson, the Bay Bridge, downtown San Francisco, and the ballpark.

Aside from the cool views, the tour also gives interesting little-known facts about the city like the 24 palm trees in front of the ballpark, for example.  Those were planted in honor of Willie Mays’ number: 24. I guess if I were a baseball fan I would’ve known that!

Undeniably, Bay Quackers is a very touristy thing to do but I love touristy things!  And that’s what I love about living in San Francisco, I can be a tourist anytime I wish because the city never runs out of cool places to see and cool things to do. 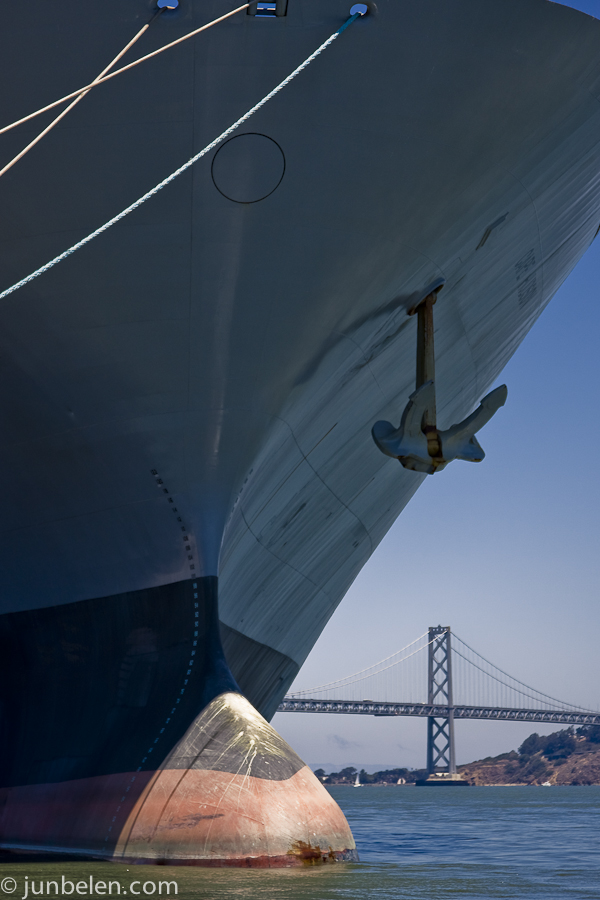