I grew up in La Loma, an urban residential neighborhood in the city of Manila. My parents, who are both originally from Laguna, a rural province south of Manila, raised my five sisters and me in a tiny house that we rented. My father worked for the government and my mother stayed at home to raise all of us, their six children.

In a recent trip home, I visited La Loma with my mom to check out our old neighborhood. I was curious to see what it has become after all these years. It probably has been a good ten years or even more since I last visited the place.

The streets seemed narrower, obviously. The neighborhood felt smaller but it still looked strangely familiar: the bakery, the park, the school, and the church. Things have definitely changed but as I looked more closely it was a delight to recognize the old neighborhood I grew up in. 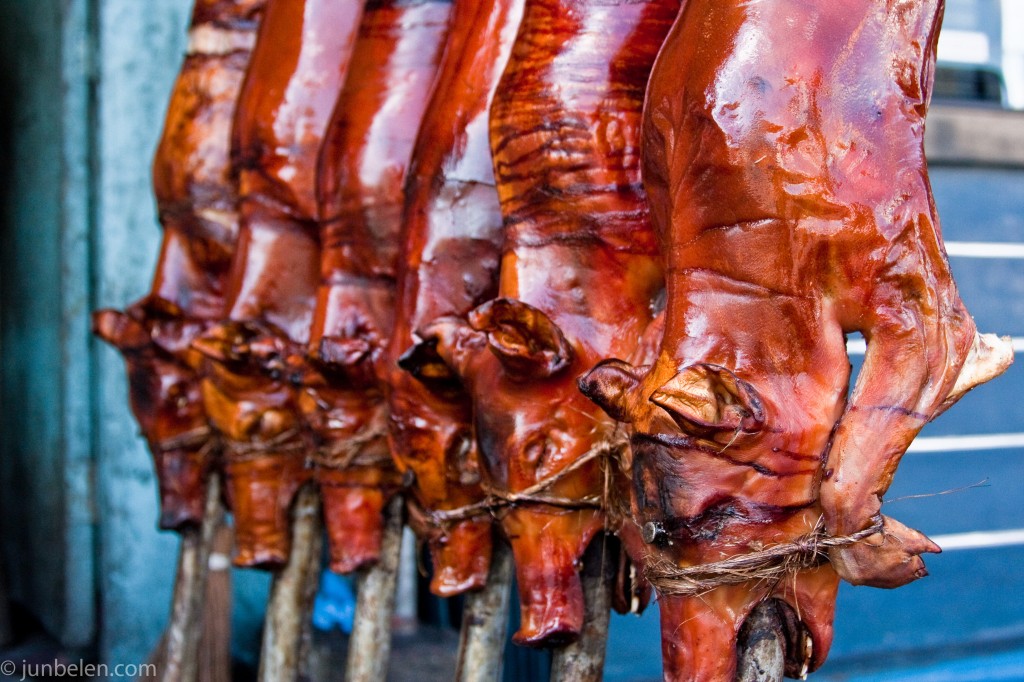 As a young kid growing up in La Loma, I remember being so fascinated with the endless rows of lechón displayed in the streets.  La Loma is well-known for its lechón, which is a whole roasted suckling pig cooked over charcoal. It is originally a Spanish pork dish and so Filipinos share their affection to the roasted pig with people from Puerto Rico, Cuba, Dominican Republic and other Spanish-speaking countries in Latin America.  There’s a Cuban restaurant down in San Jose, Los Cubanos, that serves delicious lechón asado with rice, black beans and plantains.

For Filipinos, lechón is prepared throughout the year for special occasions, and holidays. After the pig is seasoned and its entrails removed, it is skewered using a large bamboo stick and roasted in a pit filled with charcoal. Lechón is often served with a sauce made out of chicken liver or liver pate, vinegar, garlic, sugar and pepper. 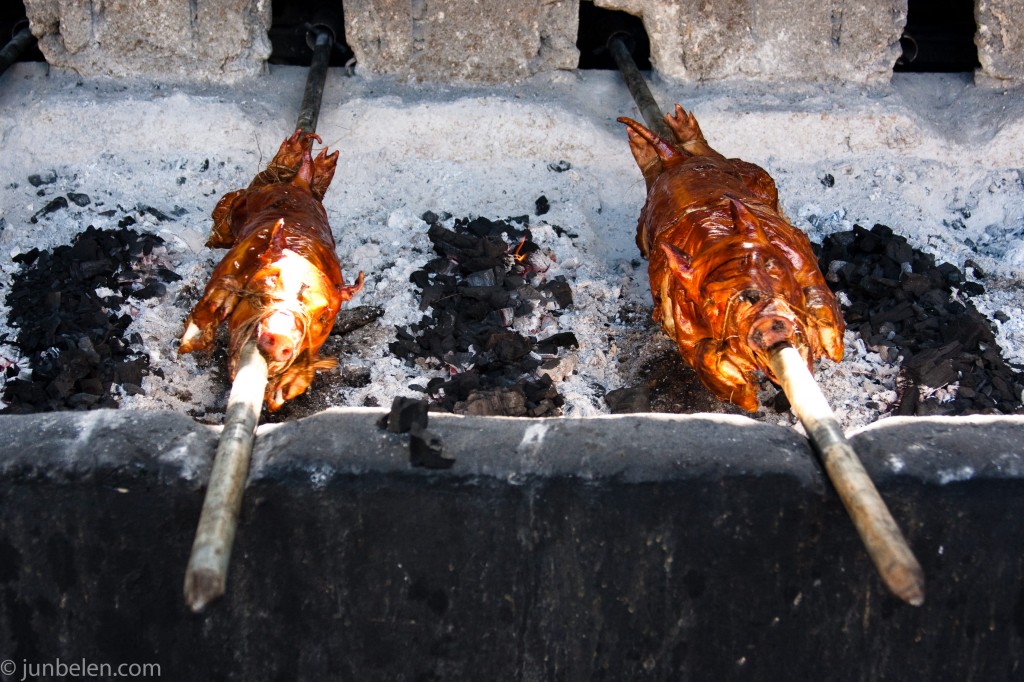 We lived not too far away from the busiest blocks and I vividly recall rows upon rows of skewered roasted pigs on display. But I was quite surprised when I revisited.  I expected more but only found just a few lechón vendors left.  I took what I saw as a sad reflection of these tough times.

Nonetheless, it was great to see La Loma again after all these years. And as my mom and I walked down memory lane, we bought a small bag of greasy but tasty chicharon, deep-fried pig entrails, and enjoyed the crunchy goodness on our way home, just like old times.