If you simmered coconut milk slowly over low heat, the milk would reduce to a thick cream and if you heat it further, it would ultimately separate into fragrant coconut oil and caramel brown crumbs called latik [lah-tik].  The coarse coconut milk crumbs add a rich toasted coconut flavor and a delightful crunch to Filipino sweet rice cakes called kakanin [kah-kah-nin] made of sticky rice or sticky rice flour.

Latik is typically sprinkled on top of rice cakes nestled in coconut oil-lined banana leaves but can also be an excellent topping for ice cream and other baked sweets.

Bring coconut milk to a boil in a saucepan and simmer gently over low heat while stirring frequently.  Continue to simmer until the milk reduces to a thick cream, about an hour.  Continue heating and stirring until the cream separates into coconut oil and latik.  Turn the heat off as soon as the crumbs turn a deep caramel brown color. Drain the coconut oil, which can be used for sautéing and baking. Latik will keep for a month stored in an air-tight container in the refrigerator. 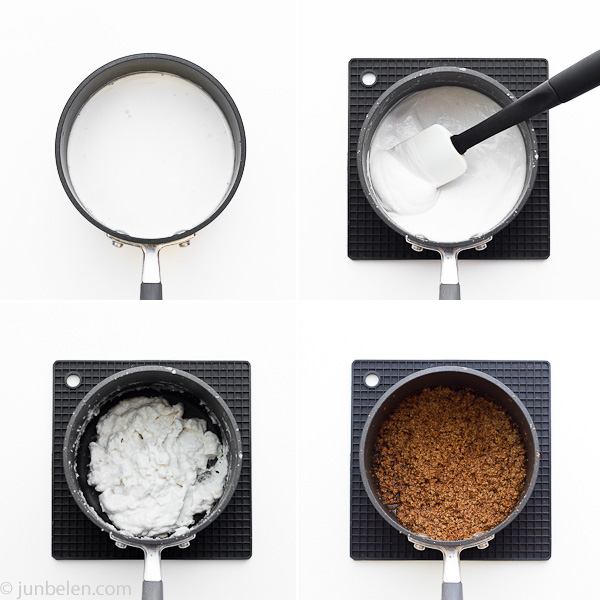 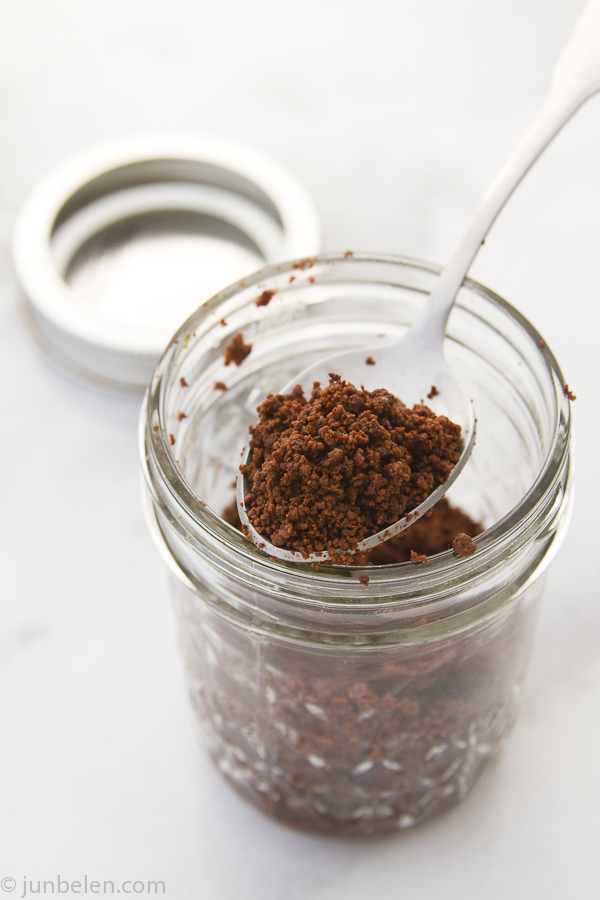