How to Make Sago and Gulaman Coolers

The summer sun burned my face. It burned my small nose and my big cheeks. Its heat clung onto the concrete curb and burned my bare feet. I stepped outside hoping for a respite, however fleeting, from the heat that swam around the house. I was a bored kid with nothing to do. No school and no friends. No television. No radio even. The holiest days of the year felt like the hottest and my boredom added fuel to the flame.

These thoughts of home and of summers past have left me parched. They have left me craving for chewy sago [sah-goh] spheres and soft gulaman [goo-lah-mahn]. For arnibal [ahr-nee-bahl], the deep amber sugar syrup. For ice shaved into a fine flurry.

It’s overcast outside. Fifty or so. A dip from the warm spring spell of seventies during the past weekend. There’s a good chance of rain on Easter Sunday — the rain I prayed for many, many years ago. It isn’t exactly a sago-and gulaman kind of day but I don’t mind. I don’t mind at all. Nothing — absolutely nothing — can quench my thirst other than an icy glass of sago and gulaman.

Put sugar and water in a large saucepan and bring to a boil over high heat. Add sago pearls and stir until water returns to a boil. Reduce heat to a simmer, and continue cooking sago with the lid on, stirring occasionally, until they are almost translucent with a pinpoint of white in the center. Sago is cooked when it is tender but still chewy. Drain, rinse under cold water, and drain again. Set aside.

Small sago pearls take about 20 to 30 minutes to cook while the bigger ones take much longer. In low heat, simmer big pearls with the lid on for 30 minutes, stirring occasionally, then turn off the heat and let them continue to cook in the saucepan for about an hour. If they are still not done, bring water to another boil, reduce heat, and simmer with the lid on for another 30 minutes. Repeat the process until they are almost translucent with a pinpoint of white in the center. Cooking sago in a rapid boil for a long time breaks them apart and makes them too soft and too mushy. Sago can be prepared ahead of time. Transfer drained cooked sago pearls to a container, add enough water to cover pearls, cover and refrigerate for up to a few days. Stir well and then drain before using.

To make gulaman, tear agar-agar into smaller pieces. Add water to a saucepan. Add agar-agar and soak in water for half an hour. Bring water to a boil and simmer until agar-agar is fully dissolved. Add sugar and cook for ten minutes. Pour in a flat pan or dish and let it cool until agar-agar sets. Cut into small cubes with a knife. Set aside.

To make arnibal, put sugar, vanilla, and water in a saucepan and bring to a boil. One part sugar to one part water. Reduce heat to a simmer and stir a minute or two, until the sugar dissolves. Take off heat, let it completely cool and set aside.

Assemble coolers by mixing sago and gulaman in glasses. Add arnibal, ice-cold water, and crushed ice, and mix everything together. 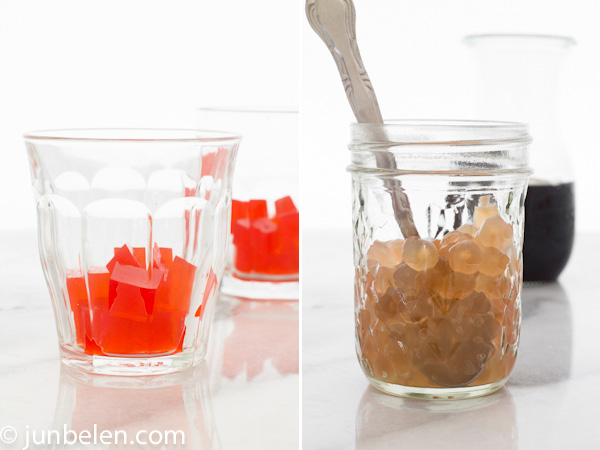 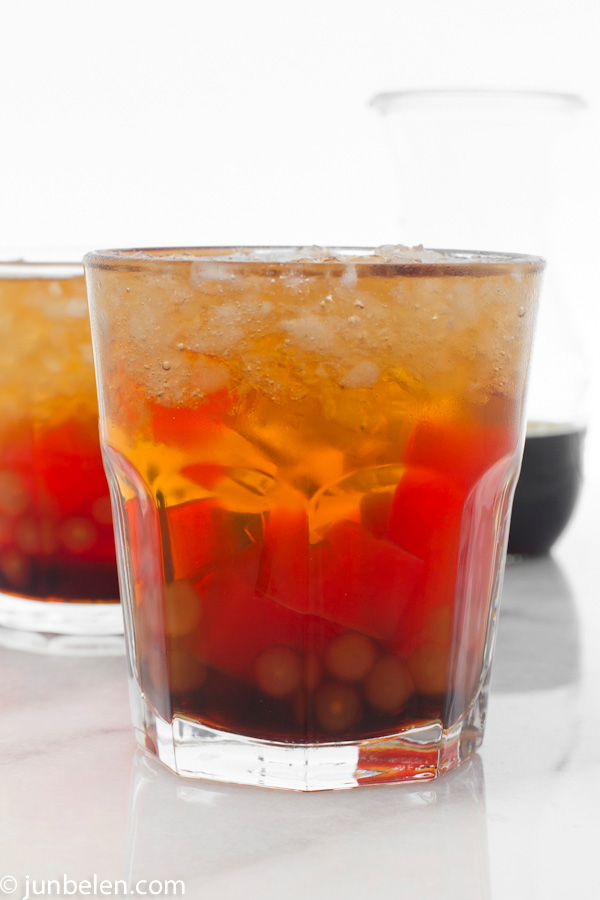 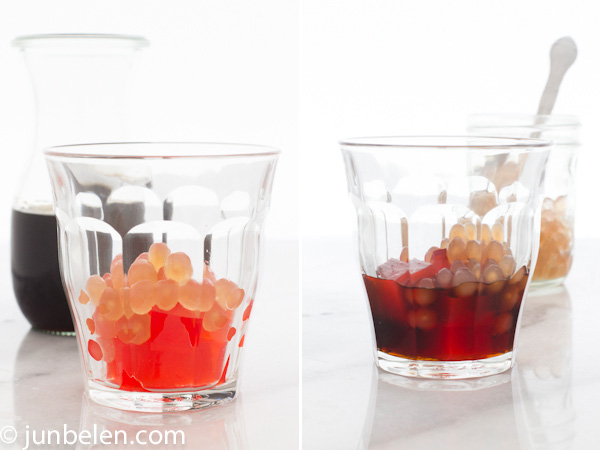