How to Make Mocha Chiffon Roll with Mocha Buttercream Frosting

There’s cake in the kitchen. Mocha chiffon cake all rolled up with mocha buttercream frosting, dusted on top with powdered sugar. Light chiffon cake rolled with the richness of buttercream.

There’s cake in the kitchen because there’s a new corgi in the house. Yes, that’s how we roll around here, no pun intended. Our family just got bigger. Kuya Stanford now has a little sister and I want you to meet her. Her name’s Mitzi. 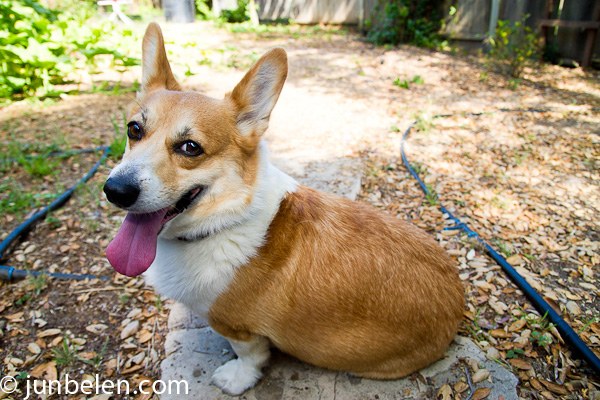 Mitzi was a stray, a rescue from the Murray Animal Shelter in Murray, Utah, right outside Salt Lake City. I know, we traveled far to adopt her. We left on a Friday after work, drove across the Sierras, then spent the night in Elko, Nevada, in the middle of practically nowhere. We were back on the road first thing the following morning, crossed the Nevada-Utah State Line, and met Mitzi for the first time at the shelter in the afternoon. We headed back home, back to California, that same day with two red corgis in tow.

It was a long, tiring trip — sixteen hundred miles in thirty hours. We’ve actually been on the same road once before when we adopted Stanford from a rescue in Ogden, Utah, over five years ago. I told you, we travel far for our corgis. As soon as I found out about Mitzi in the animal shelter in Murray, which is less than an hour away from Ogden, I knew she was destined to be ours.

It’s been a month since we rescued Mitzi and she’s settling in nicely in her new home. She’s learning the lay of the land and doing impressively well with her potty training with fewer and fewer accidents each day. Stanford is slowly warming up to her. Our boy can be a little protective of his toys and treats but we’re confident they’ll get along.

The shelter says Mitzi is four or five but she may be younger judging by her inexhaustible energy. She’s our little firecracker. She runs around the house, around the yard, like there’s a herd of cattle to be corralled. Mitzi’s a little rough around the edges. She slobbers when she eats and drinks. There’s always a puddle around her water bowl during dinner. She burps, I kid you not! I’ve never heard a dog burp before. And she snores in her sleep! Not as loud as Dennis, thankfully. But Mitzi’s a darling. She’s our Eliza Doolittle. She’s our sweet little girl with big ears, and big, bright eyes. She’s our little sweetheart who deserves a second chance. 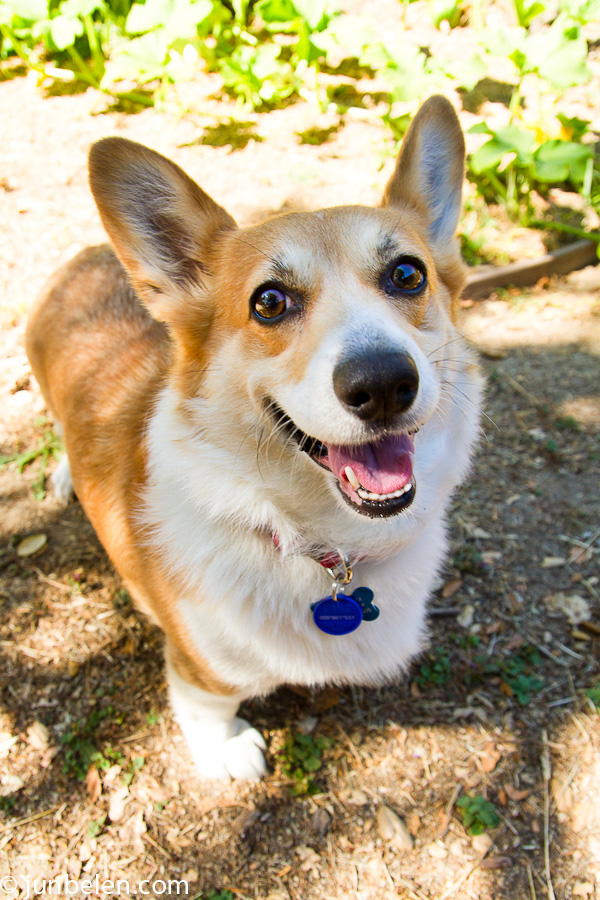 Mocha Chiffon Roll Recipe
Recipe adapted from The Best of the Maya Kitchen: The Complete Guide to Baking, makes 12 servings

For the chiffon cake

For the mocha buttercream frosting

Whisk flour, instant coffee, baking powder, salt, and 1/2 cup sugar in a bowl. Make a well at the center and add yolks, vanilla, water, and vegetable oil. Mix until batter is smooth. Set aside.

In a separate bowl, beat whites and cream of tartar until soft peaks form. Slowly add the remaining 1/4 cup sugar and continue beating until stiff peaks stand straight up. Fold egg whites into batter until evenly incorporated. Pour into pan and bake until done, about ten minutes. The cake is done when it springs back after you lightly touch it with the tip of your finger.

Dust a clean, lint-free kitchen towel with powdered sugar. As soon as the cake comes out of the oven, invert it onto the kitchen towel. Peel parchment paper and discard. Roll up the towel and the warm cake together, starting at one end and rolling to the opposite end of the towel. Find step-by-step instructions on how to make a cake roll here. Place the rolled cake and towel on a cooling rack and cool completely, about one hour.

Unroll the cake, leaving it on the towel. Spread the frosting evenly on top of the cake. Roll the frosted cake, using the towel to lift and guide it. Dust the top with powdered sugar. Slice and serve. 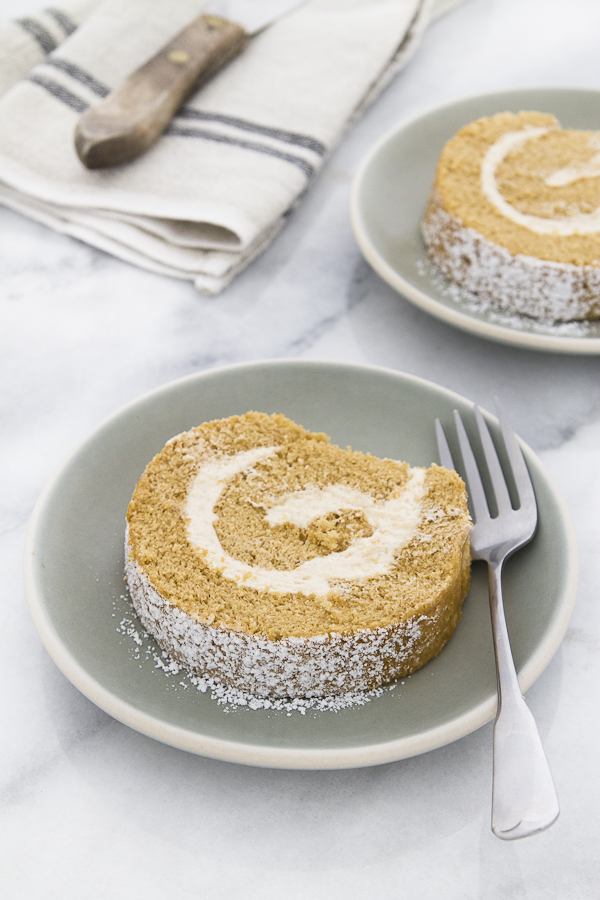