I have a soft spot for Rose, our one and only Buff Orpington. If chickens had personalities, Rosie is the timid type. She’s a textbook introvert just like me. Quiet and reserved. Always careful, always curious.

Rosie is the sweetest among the girls but she isn’t quite as sharp as a tack. When we let the girls graze in the garden, Blanche and the two Reds outrun each other while Rosie falters behind. She gets easily flustered. She walks around in circles, bobbing her head nervously, before she finally gets what’s going on. 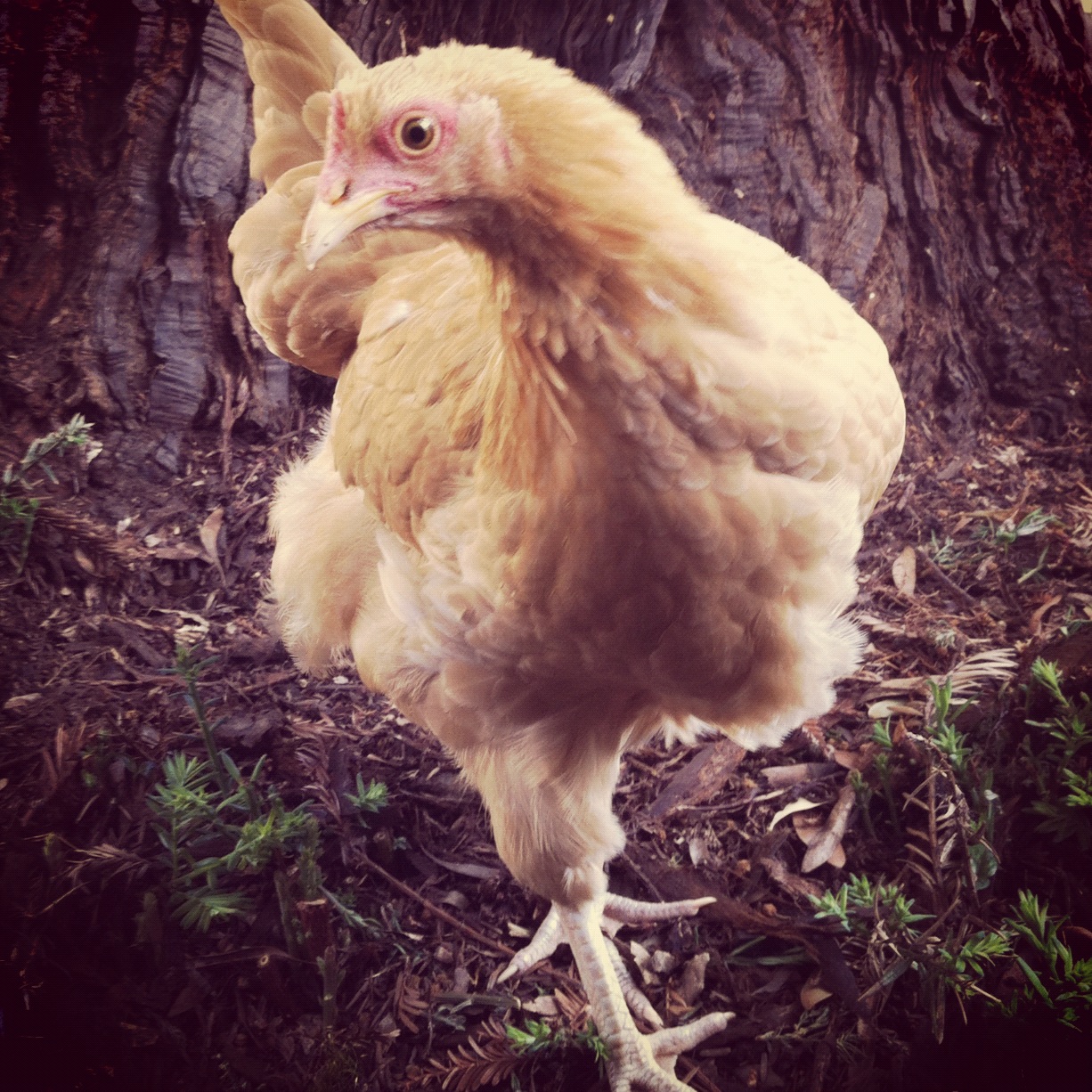 One morning, not too long ago, we were woken up by a loud cry from the hen house. It was Rose. We found her standing helplessly confused in one corner of the coop. The amber feathers on the back of her neck were drenched in blood. Her comb was raw and bleeding. It was horrifying! The two Reds have been bullying her — pecking on her head until it bled. Yes, chickens can be mean. Viciously mean to boot. These birds bully when they sense weakness or rivalry in the flock and poor Rosie is, without a doubt, the weakest among the girls.

Rosie is doing much better now. Her wounds have all healed. She confidently sports a purple mohawk nowadays. It’s the antiseptic we used to dress her wounds, which left a purple streak at the back of her head. We’ve separated the girls into two makeshift pens — Blanche and the two Reds in one, Rosie in the other. The bullying drama is over. At least for now, it seems. We plan to slowly introduce Rosie back to the flock, hoping the Reds will have forgotten whatever it was that triggered their aggression to poor Rosie.

It’s been a while since Rosie laid an egg, which isn’t surprising after all she’s been through. I’m sure she’ll be fine but it breaks my heart that this cruel bullying has happened and can happen again. Chickens are chickens, I know. It’s part of their nature. We’ve grown so attached to our girls that all we want is to keep them away from harm and for them to be happy and to get along.

I’m making egg pie — a rich Filipino-style custard pie — in Rosie’s honor for Thanksgiving using the eggs her sisters laid. Every time we pick up their eggs from their laying boxes we say thank you to the girls. Thank you, Rosie. Thank you, Blanche. Okay, we’ve forgiven you — thank you, Dorothy and Sofia, too. Thank you, Golden Girls, for the eggs and for the immeasurable joy you give us.

Egg Pie Recipe
Recipe adapted from The Best of the Maya Kitchen: The Complete Guide to Baking, makes one 9-inch pie

For the crust, makes one 9-inch single pie crust

Pinch off a small handful of dough. If it does not hold together, sprinkle the dough with cold water. Blend the water gently into the dough until it just holds together.

Place the dough out onto a clean lightly floured work surface and pat it into a disk about half an inch thick. Wrap the disk in plastic wrap and refrigerate until firm, at least an hour or up to two days.

Soften pie dough at room temperature. Roll out dough on a lightly floured work surface with a lightly floured rolling pin into a 12-inch circle. Line a 9-inch pie pan with the crust, pressing it into the sides and bottom of the pan. Refrigerate for at least one hour.

Boil sugar and water in a saucepan until the syrup thickens and threads — when you drop a dribble of the syrup into cold water to cool, it forms a liquid thread that will not ball up. If you have a candy thermometer, use it to monitor the temperature of the syrup, which should thread at 230 degrees F. Be careful not to heat the syrup past this temperature.

Very slowly pour hot syrup in eggs while beating them continuously. Pouring them too quickly cooks the eggs.

Pour eggs and syrup mixture over the crust. Skim off the bubbles with a spoon. Bake until crust is browned and a knife inserted into custard comes out clean, about 40 to 50 minutes.

Serve with a dollop of freshly whipped cream. 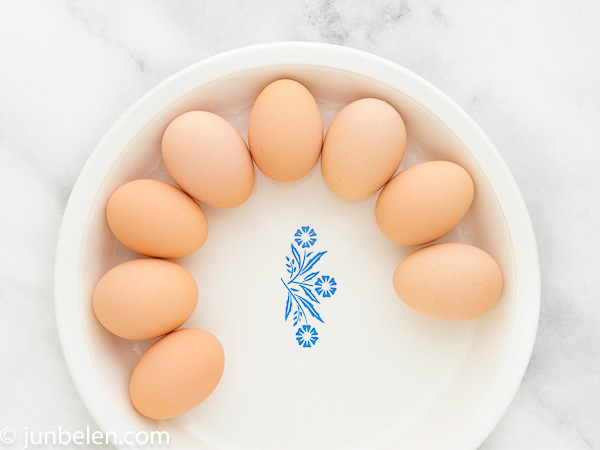 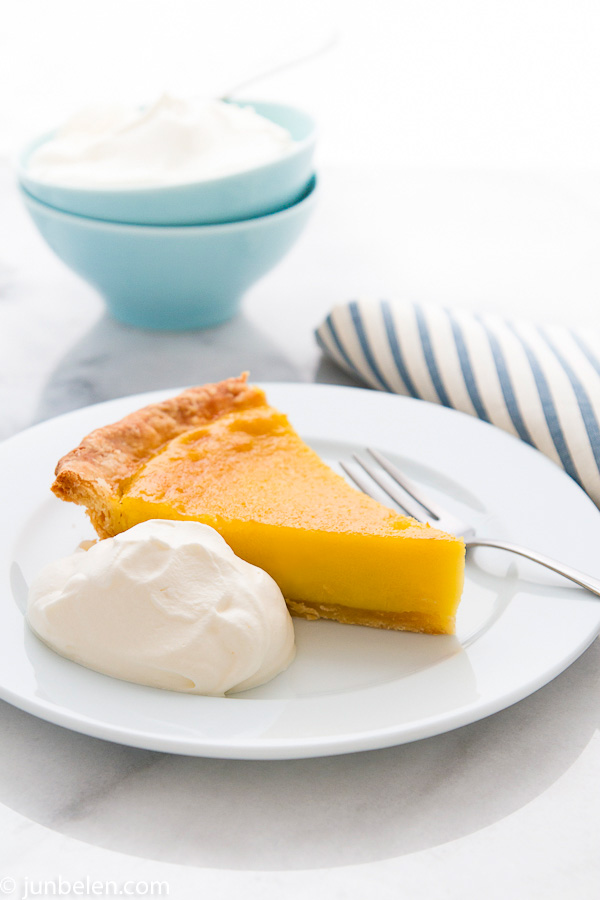 Beat the whipped cream in a chilled bowl with chilled beaters at high or medium-high speed until thickened. Add sugar and vanilla and beat to the desired consistency.