How to Lay an Egg

We all eat … eggs every day. It’s kind of absurd how blessed we are. — Tim Richards

The twin yolks on the bed of cooked rice were a radiant yellow-orange. Their golden color reminded me of the ripe mangoes back home, those picked at the peak of sweetness, in the height of summertime. The white that embraced the two perfectly round yolks was so thick. It quivered so softly when I touched it with my finger. 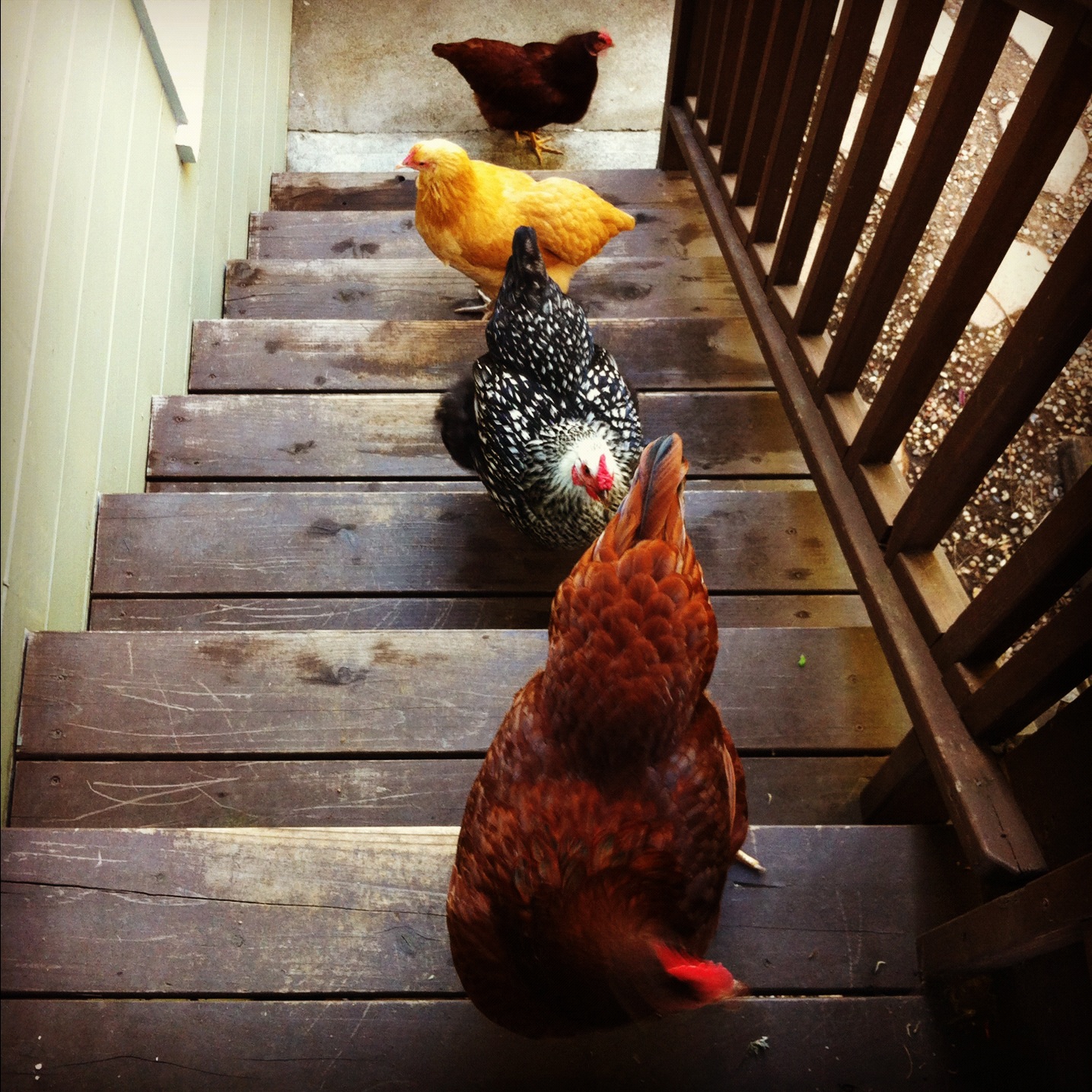 The yolks came from a single egg. It was Dorothy’s, the first layer of our motley flock. We were betting on motherly Rose, our Buff Orpington, to be our pioneer layer but it was the rambunctious Rhode Island Red who defied our expectations.

June 18th was the momentous day. I was driving home from work when I received the news from Dennis. Holy shit, his text message read. While I inched through rush hour traffic, I scratched my head and wondered what he meant. Holy shit could mean many things. Holy shit, we won the lottery would have been wonderful news but unthinkably unlikely. Holy shit, we got our first egg crossed my mind but I brushed the thought aside quickly. The girls weren’t ready. They were barely five months old and everyone we knew who raised chickens told us to expect the first egg after the sixth month. I had been reminding Dennis not to keep his hopes too high ever since he started checking the hen house for eggs every morning. 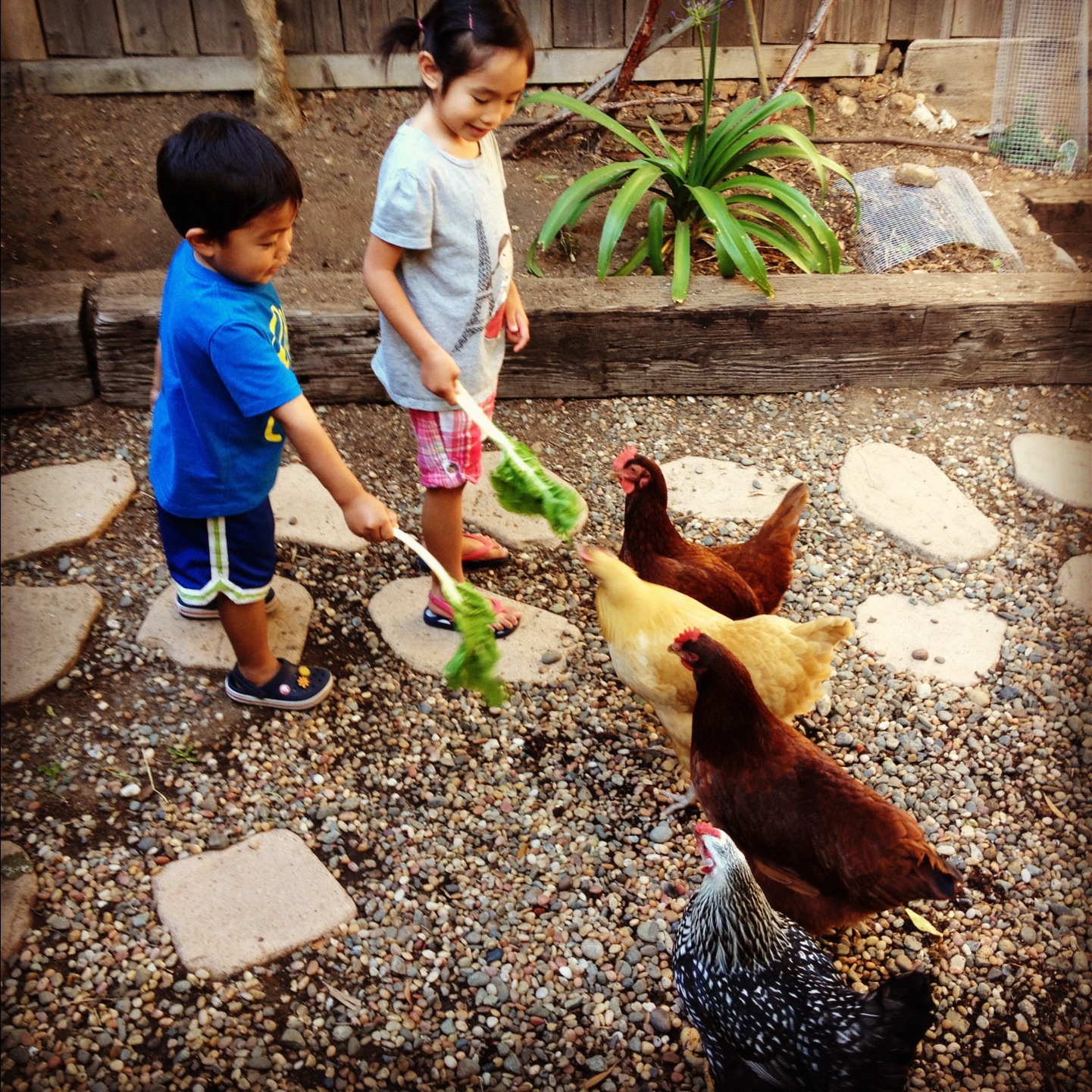 But there it was! Our first egg appeared out of the blue in one of the straw-filled laying boxes, next to the practice egg that Dennis used to teach the girls where to lay. It came unexpectedly, which made the joy of finding it all the sweeter.

Dorothy’s first was a medium brown with a few specks of a darker hue scattered here and there. It was as long as my stubby thumb, more oblong than round. It weighed 1.2 ounces — a petite peewee for those abreast with egg lingo. Little did we know that Rhode Island Reds can start laying as early as 16 or 18 weeks.   They say that during the first thirteen weeks of their egg-laying life, pullet hens such as ours produce their best eggs with firm, rich yolks and whites that are thick, not runny and with a faint greenish yellow tint that means a high riboflavin content.

Sofia, the sonorous squawker of the foursome and also a Rhode Island Red, followed suit five days later, laying an egg that had the same shade of brown as Dorothy’s. She clucked so loudly that morning, triumphantly announcing the arrival of her peewee egg. Before the week was over, Blanche, our Silver Laced Wyandotte, gave us her first and Dorothy laid a 1.8-ounce double-yolker, which turned out to be the first of many from our prolific double-yolk producer. Rose, the one we thought would lay first, turned out to be a late bloomer. It took exactly twenty-one days before our dear Rose figured it out in true Rose fashion, if you know what I mean. 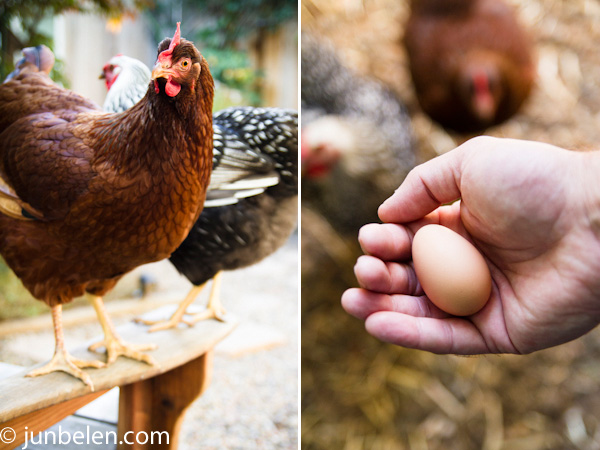 I tapped the egg on the wooden table and cracked the brown shell open with my two hands into the bowl of steaming hot cooked rice. I sprinkled some salt and, with a spoon, I mixed everything together until the yolks and white dressed every grain of rice. When we were little, my mom fed me and my sisters with eggs and rice made in this simple way. When she made it for us and later for her grandchildren, she only used eggs from a dumalaga [doo-mah-lah-gah] — a young pullet hen. She insisted on using dumalaga’s eggs that she bought from a trusted suki at the market because their flavor and freshness are unmatched.

My mom was right. Eggs never tasted better and fresher. My mom’s eggs and rice — the way I remember them many, many years ago — was a fitting tribute to our four charming, egg-laying dumalaga. A tribute to Dorothy, Sofia, Blanche, and Rose. And to the freshest eggs we have ever tasted. 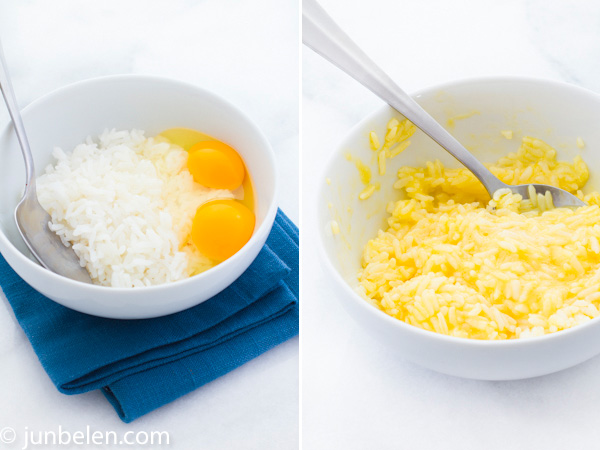