“It must be borne in mind that the tragedy in life doesn’t lie in not reaching your goal. The tragedy lies in having no goal to reach.” — Benjamin E. Mays

I knew it wasn’t going to be easy. My legs burned as I dragged them out in the cold. All I could think about was my ginataang bilo-bilo [gi-nah-tah-ahng bee-lo bee-lo] waiting for me at home. Soft, chewy bilo-bilo — sticky rice dumplings — stewed with jackfruit in coconut cream. The thought of a bowl of ginataan as my reward for running on that cold morning was the only thing that kept me going.

I had been dreading running again after the long holiday break. Christmas came and went and I promised myself I’d return to my routine in the New Year. The New Year came and went and I haggled for more time but I knew I’d be digging myself deeper and deeper into a funk if I didn’t bite the bullet. And besides, I need to get back in shape if I’m dead serious about running another marathon before my fortieth. Yes, I cannot believe it, too. We’re both stumped. I just turned 39.

I can think of a million excuses not to pursue it. A marathon is no walk in the park. I’ve run three in the past and it’s a huge commitment, without a doubt. Between my nine-to-five and my blog, I hardly have the time to pursue other things, let alone train for a marathon. But I am not giving up. I’ve made the mistake of conceding defeat without even trying far too many times. A marathon is a perfect goal to reach before I turn forty.

I ran three miles that morning. I huffed and I puffed the entire time but I pulled it off and it felt great. Running always has a calming effect on me. It clears my mind. It boosts my confidence. It was a small victory but a victory nonetheless. A hard-earned victory to boot. It made the sweet reward of ginataang bilo-bilo even sweeter.

For the bilo-bilo, sticky rice dumplings

Knead the rice flour and water in a mixing bowl to make a smooth dough that holds together and separates cleanly from the bowl. With floured hands, pinch off a small piece of dough, roll into a ball like a marble roughly the size of a penny. Place the rolled dough on a plate and cover with a damp towel until they are all ready to be cooked.

Bring coconut milk and water to a boil in a large pot over medium to high heat. Add sago and simmer covered over low heat for 20 minutes. Add bilo-bilo, jackfruit, and sugar. Simmer until sago and bilo-bilo are cooked through, about 20 minutes more. Stir occasionally to keep sago and bilo-bilo from sticking to the bottom of the pot. For a thinner stew add more water and adjust the sweetness by using more or less sugar. 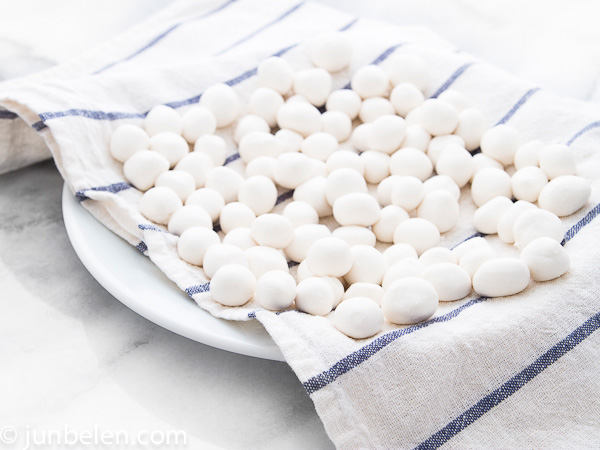 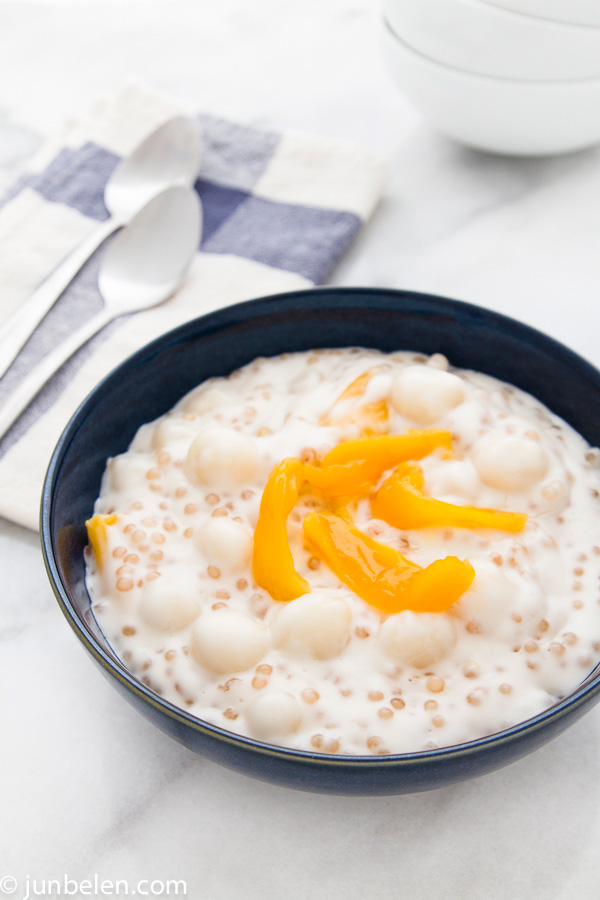 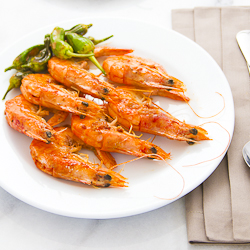 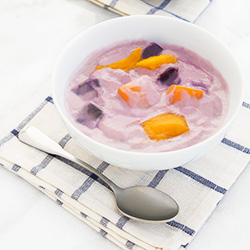 When the temperature dips, I find comfort in my mom’s ginataang halo-halo. Like the Filipino favorite halo-halo, ginataang halo-halo is a veritable mix of fruits and tubers but instead of enjoying them with shaved ice and milk the mix is slowly cooked in coconut milk.