How to Make Fish Sarciado

I propped my camera up against a nest of beach towels I crafted on the picnic table. It was a silver point-and-shoot, a present he gave me for Christmas. I framed the photograph with him standing on the beach, blocking the sun that was about to set behind the peaks, casting a long shadow on the golden, rippled sand. I clicked the button and the seconds started to tick off. I hurriedly planted myself next to him. I told him to look forward, to look at the setting sun. He laid his arm around my waist and I locked mine over his.

South Lake Tahoe. August 2008. It was the weekend after Dennis and I registered as domestic partners in San Francisco, a little over a year after we started living together. It was a honeymoon to a wedding of some sort, the closest thing to a wedding we could have.

If you knew me when I was a young man and told me that someday I would find love I would have laughed at the idea. I would have told you finding love isn’t written in my stars. I wasn’t just being pessimistic. I had every reason to believe so. Those were difficult times, I tell you. There was a lot of holding back, a lot of pretending. There was a lot of trying to fit in. I grew up saddled with expectations, believing who I am is a mistake that needs covering up, a mistake that needs correcting.

But through some remarkable twist of fate I found love. Dennis found me. Call it chance. Or a stroke of luck. Call it a reward for doing something good. Or a prize for being patient, for persevering. I call it the best thing that ever has happened to me.

Forgive me for being sentimental. I had originally planned to write about my American and his favorite sarciado [sahr-sha-doh], fried whole fish in tomato sauce, about how he loves fish and rice and how he eats with a spoon and a fork like a true Filipino but I ended up writing about love and about twists of fate. Truth is I really wanted to tell you this piece of good news — Dennis and I are getting married. It’ll be a small, simple wedding with family and friends in our home, in September this year. After all the ups and downs, after all the good and bad, we’re finally going to have the wedding we couldn’t have years ago. 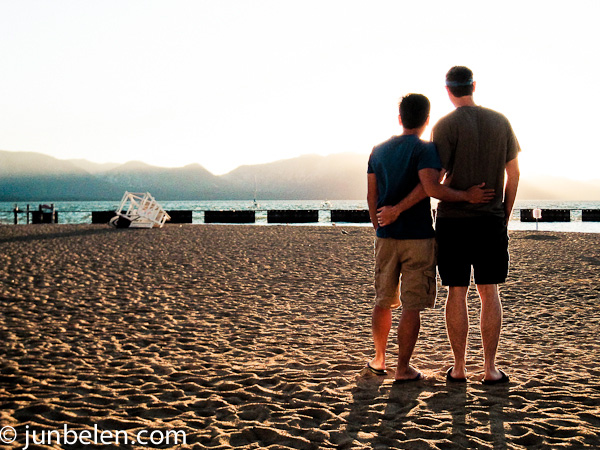 Season the whole fish by rubbing it generously with salt. Set aside.

Fill a wok or a deep pan with an inch deep of oil. Heat the oil over medium to high heat. Place whole fish carefully in the wok and fry until it is cooked and its skin browned and blistered, about 6 to 8 minutes each side. Transfer whole fish carefully to a plate lined with paper towels and set aside.

Transfer oil to a container for future use but leave a tablespoon in the wok for stir frying. Add garlic and stir fry over medium to high heat until lightly browned. Add onions and stir fry until fragrant and soft. Add tomatoes and stir fry for a few minutes. Add water and fish sauce. Bring to a boil and let it simmer for twenty minutes.

Add whole fish back to tomato sauce, add salt to taste, and let it simmer for another five minutes. Garnish with green onions and wansoy. 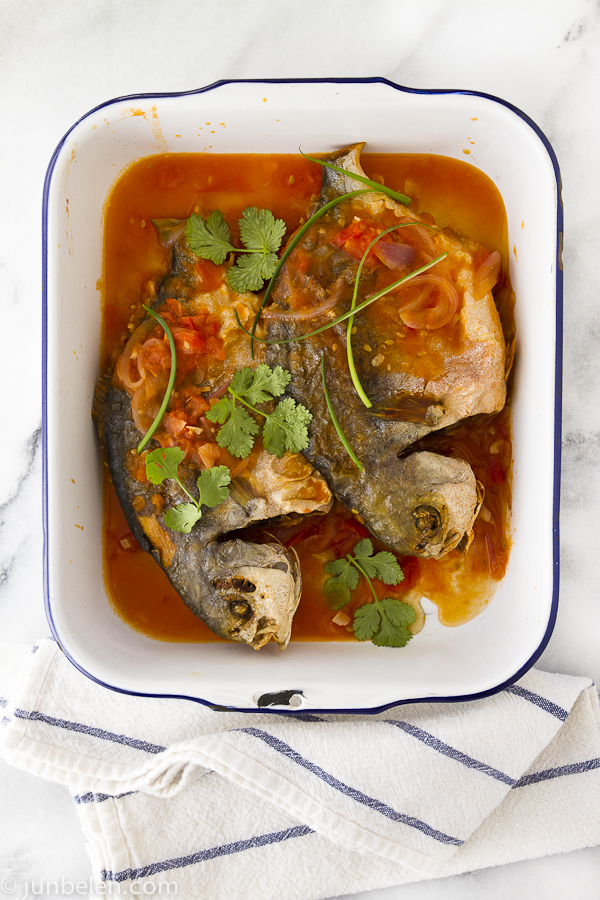