The knob of butter bubbled quietly in the hot skillet. I lifted the skillet and swirled it around until the butter covered it completely. With the dull edge of a knife I brushed off the thin slices of onions from the cutting board into the pan. They instantly hissed in the heat giving off a fragrance that made my mouth water.

With a quick thump on the counter, I cracked the eggs open, one at a time, then dropped them into a bowl. The brown eggs with yolks as bright as marigolds were gifts from Rose, our four-year-old Buff Orpington. She, the Delaware, and the pair of Australorps have started laying eggs again after their yearly winter hiatus. Hens rest during the winter months when the days are shorter and colder. Laying eggs is no piece of cake, you know. Hens need enough daylight to lay eggs and when it gets colder they adapt and use their resources toward keeping themselves warm rather than producing eggs. The first three years of a hen’s life are the prime laying years. Rose, who is on her fourth, is thankfully doing well.

Finding the first egg in the straw-covered laying box after it has been empty for months is like spotting the first daffodil in the flower bed or the first shoot on the fig tree. It’s like waking up in the early morning and discovering that the mockingbird has returned with his mellifluous serenades. It’s like noticing that the sun sets a little later each day. Winter is finally over. The time has come for spring, for tag-sibol [tag-see-bol]. In Filipino sibol means to shoot, to grow. Tag-sibol is Filipino for spring. 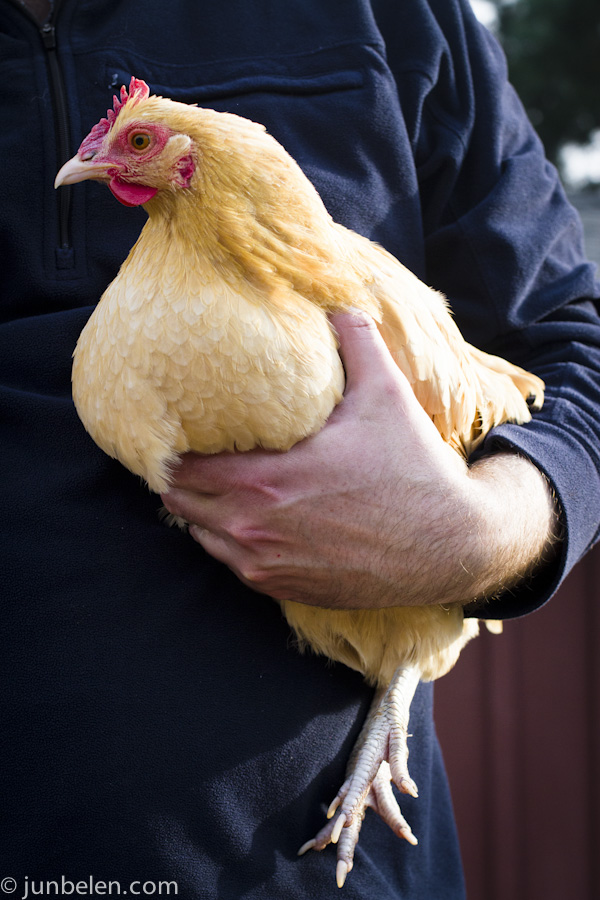 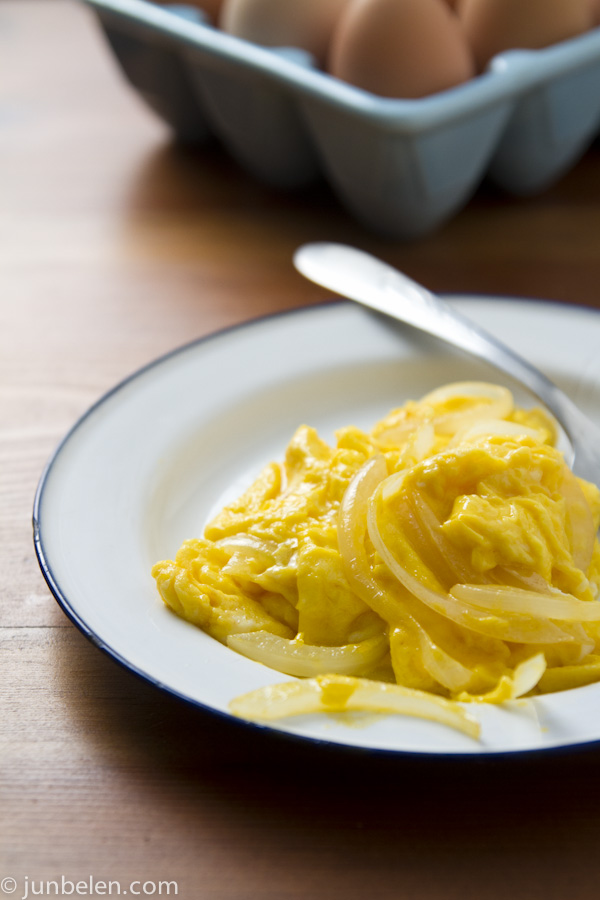 A pinch of salt and a pinch of just ground black pepper later, I beat the eggs briskly with a fork. Its tines clanged against the bottom of the bowl, breaking the silence of the room. As soon as the onions began to brown I poured the eggs over them. My mom made eggs with onions when I was little. I remember obsessively picking the onions out and just eating the scrambled eggs with rice. My mom ended up eating more onions than eggs. Back then, I was too young to appreciate the sweetness of stir fried onions.

With a silicon spatula I stirred the eggs and onions in the skillet. I scraped along the edge of the pan then stirred toward the center, repeating the movements slowly. When the eggs were just beginning to set I lifted the pan away from the flame then continued to stir until the eggs were set but still moist, the way I like scrambled eggs.

The sun was finally out after raining for days but a thick mist still lingered outside. From where I stood next to the kitchen window I could see Rose sashaying in the garden. The Delaware and the Australorps with their strikingly red combs were busy digging dirt under the fig tree. I could tell I wasn’t the only one happy that spring’s finally back. 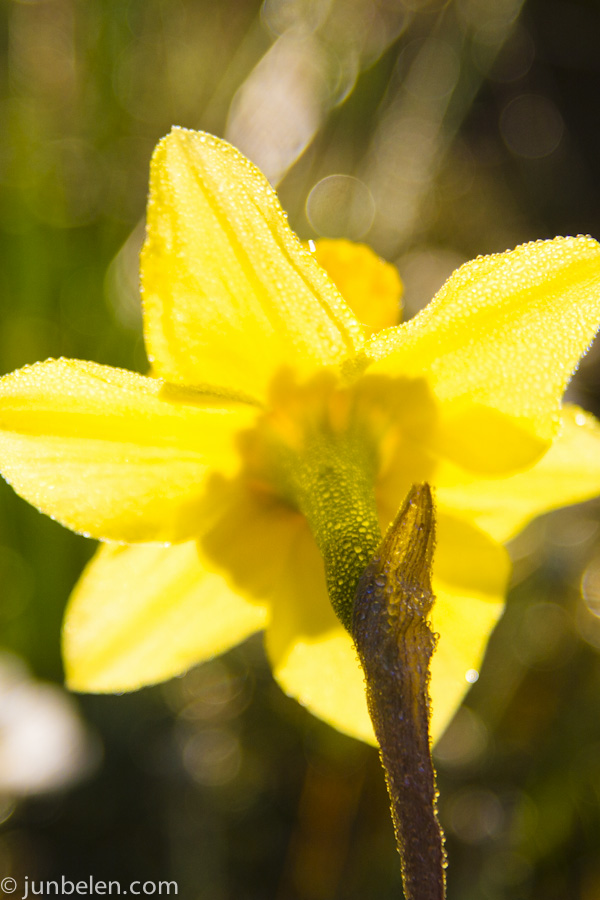 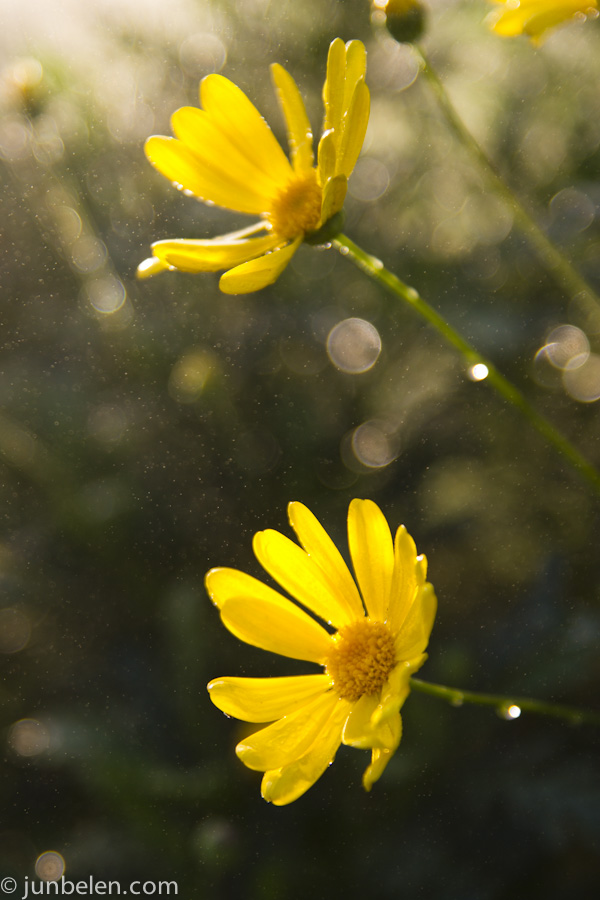