How to Make Tortilla Soup

Why do I love a bowl of tortilla soup?

There’s plenty of reasons: the crunchy tortilla strips, the hot salty chicken soup, and the endless garnish possibilities that add texture and flavor to this wonderful comfort food.

Squeeze some lime to add a little tang.  Throw in some jicama to add a little sweetness, some radish slices to add a little crunch.  Sprinkle some chopped cilantro.  Garnish with a slice, or two, or three of fresh, heart-healthy, and tasty avocado.  Alice Waters’s tortilla soup made with fresh local produce is easy to make and seriously simply delicious. 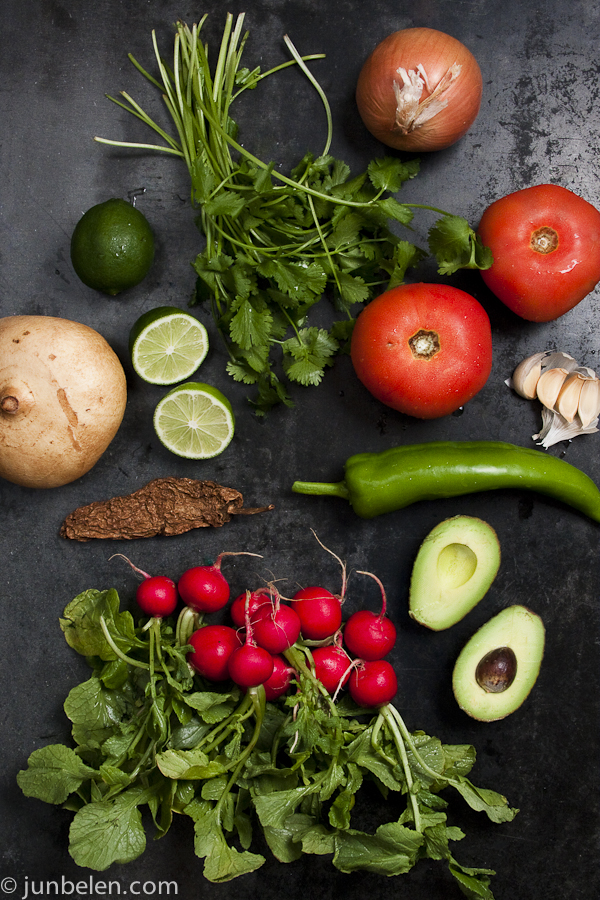 In a large heavy pot, cook the Anaheim green pepper, onion, and garlic in olive oil until soft, about 5 minutes. Season with salt. Pour in the hot chicken broth then add the tomatoes and dried chipotle chile. Bring to a boil and then turn down to a simmer and cook for 30 minutes.

Add the shredded chicken meat and heat through, but do not boil. Season with salt.  Serve the soup with crispy tortilla strips and little bowls of your favorite serve-yourself garnishes.

Spring is a great season to enjoy tortilla soup when sweet radishes and California avocados are in season. 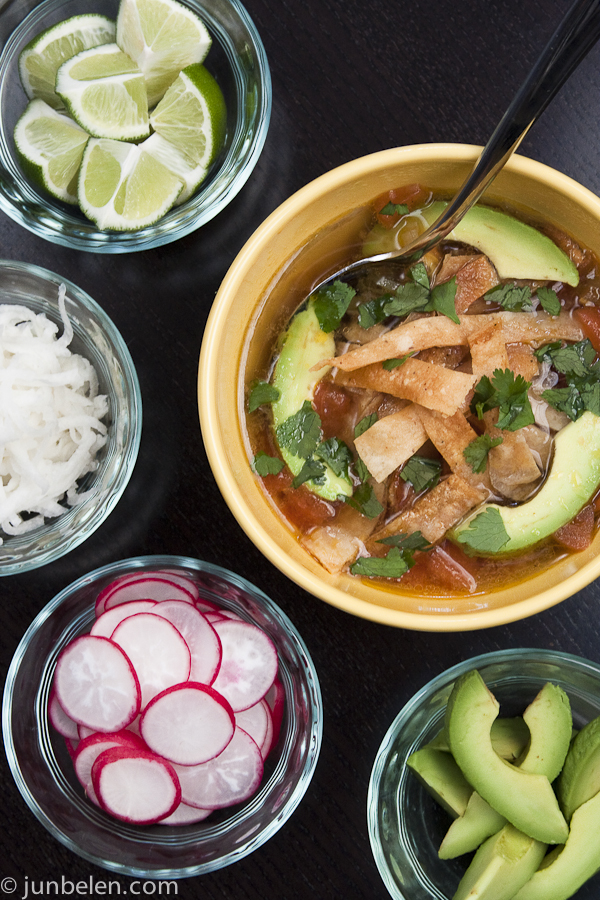